What makes a good forward in soccer?

Before answering that question, keep in mind that playing as a forward requires several skills. The forward position comprises striker, false nine, wingers and attacking midfielders. They all play a major part in a game and the victory of their team depends on them as they are the ones in charge of scoring goals.

To score goals and help their team, forwards need to perform very well and give it all on the pitch.

Although none of the forward positions has been listed in my list of the most important positions in soccer, playing as a forward remains essential.

In this article, you are going to find out 5 key elements every forward should know to improve their game.

What Makes A Good Forward In Soccer?

The first thing that makes a good forward in soccer is the ability to score goals. As a forward, you are expected to create goal-scoring opportunities. This is the primary goal of a forward. Fans don’t count on defenders to score goals.

Yes, defenders can score goals but this is not their first role.

If a team doesn’t manage to score a goal during a game, who is going to be blamed?

The forwards, of course, as they have failed to do their job properly.

Forwards are expected to score as many goals as possible.

So, as a forward, make sure to practice, improve and perfect your finishing in front of the opposing goalie. Having a great finishing will make you a good forward.

The second key to being a good forward is to be willing to face opposing defenders the entire game. 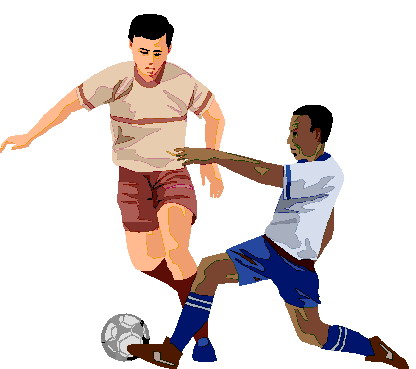 Remember, creating goal-scoring opportunities is your primary goal. But in order to do it, you have to face amazing defenders and be willing to confront them.

If you don’t take your responsibilities and go one-on-one with defenders, they won’t be scared of you.

Do you know that some defenders scare forwards?

But forwards should also scare defenders, don’t you think?

Here is a secret, some defenders don’t want to be humiliated in front of their fans watching them. So, whenever they are facing a skilful forward, they are scared. Most of them do not show it, but they are.

Now, what are you going to do with that information? Well, go out there and face defenders as much as you can.

Now, you may be asking, what if I don’t know how to dribble?

Well, dribbling isn’t for everyone.

But, as a forward, you should at least have one trick to beat defenders. This can be just pushing the ball and running as fast as the defender and getting the ball before them.

Don’t overcomplicate dribbling. Dribbling is just the act of getting rid of a defender, and it doesn’t matter how.

So, if you want to be a better forward, make sure to have at least one or two dribbling abilities and do not hesitate to go one-on-one with defenders.

3-Defend From Time To Time

The third element that makes good soccer forward is the ability to defend from time to time during a game.

Yes, your primary role as a forward is to attack. But this doesn’t mean you shouldn’t defend.

Plus, defending can be in attack and defence.

You can defend in the attack by pressing very high on the pitch. This allows putting pressure on opposing defenders so they can lose the ball.

Forwards can also drop back to help defenders. For instance, during a corner kick conceded by your team, you, as a forward, should also defend.

A good forward should be willing to drop back and help. If you are a winger, you can drop back to help the full-back on the same side as you.

So, why could a winger not defend as well?

4-Movements On The Pitch

The fourth element that makes a good forward is the ability to be in constant movement.

As a forward, you have to be in constant movement. If you are standing still, occupying one space and not going anywhere else, you become a very easy person to mark.

What defenders dream about is to easily mark opposing players. So, if you don’t move a lot on the pitch, you become an easy target.

If you want to be a good forward, you have to be a defender’s nightmare and terrorise them by being in constant motion.

Moving along the backline all the time looking for space and things to exploit will make defenders nervous.

A lot of time, you are going to run into space and not get the ball, but this doesn’t mean you should get upset with your teammate and stop requesting the ball.

5-Mindset In A Game

The fifth element that makes a good forward is the mindset. How do you react when your team is losing the game?

As a forward, even if your team is losing 2-0, you have to keep hoping to come back and equalize and win the game.

There have been teams that came back from 4-0 to 4-4. This was because they had the right mindset. They believed in themselves and what they are capable of doing.

As a forward, having the right mindset is essential. If your team is losing and the forwards start losing hope and being desperate, the entire team will also be.

With that being said, if you want to be a good forward, work on your mindset.

This post was all about 5 elements that make a good forward in soccer.

Remember, what makes a good forward is the ability to score goals, be willing to face defenders one-on-one, defend ability, movements on the pitch and the mindset.

If you have those 5 key elements, you will be a better forward in soccer.

Do you have any questions, leave them in the comment section below, and I will get back to you ASAP.

You can also read my previous article about what skills forwards need in soccer.