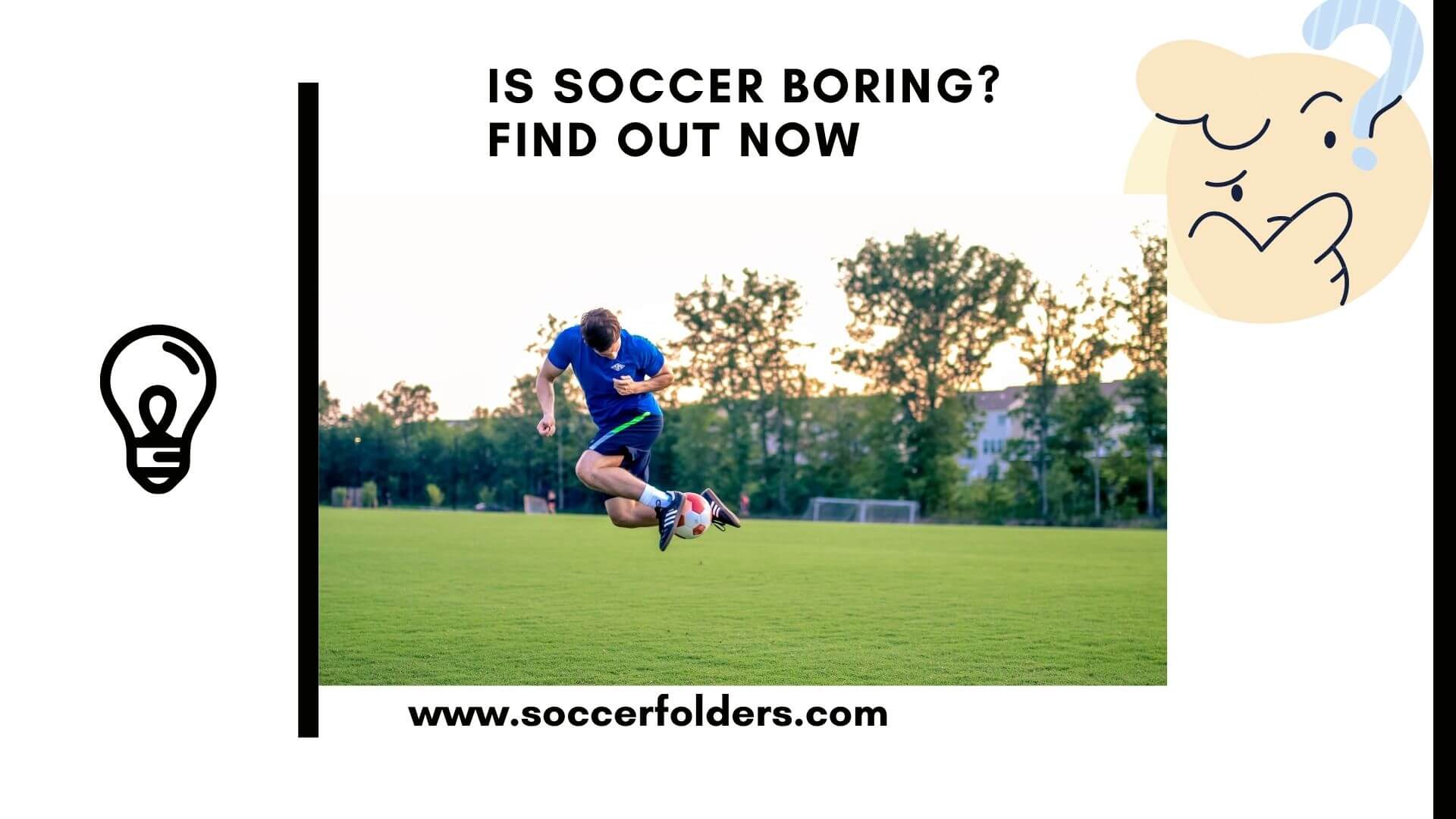 Is soccer boring? If you are a soccer amateur, you are probably thinking that soccer is boring and you cannot enjoy it on and off the pitch.

Well, in this article I am going to tell you why soccer should not be considered boring and will never be.

No, soccer is not boring. Soccer is the most popular sport in the world for a reason, and wherever you are in the world, you will always see a high number of people enjoying watching and playing it. This is because this sport brings happiness, unite individuals around the world, and teach different skills to young players.

Let me explain in more detail.

Why Soccer Is Not Boring

Wherever you are in the world, you can watch and play soccer. If you dislike this sport or you have never played soccer in your life, you will probably consider it boring.

But for those who love to play and watch soccer, find happiness in it because they are passionate about this sport-

I am passionate about soccer. So, every time I watch a soccer game, I find happiness in seeing great teams playing and using different strategies to win. I enjoy the battle in the game and I get excited when there is a goal-scoring opportunity.

Not only that, but I also enjoy and find happiness when I am on the pitch playing.

This makes me happy because this is what I love the most.

And this applies to all the people who love soccer. We all have this feeling whether we are on or off the pitch. This is why this sport is called the beautiful game.

==>>Also read, why do soccer players take their medals off?

2-Soccer Unites Individuals Around The World

Soccer allows individuals to travel the world and discover other regions, countries, and parts of the world.

During the UEFA Champion’s League, each team has to travel to other countries to compete against other teams from different countries.

For instance, Apoel(Cyprus) can travel to play against Bayern Munich(Germany).

This also applies to the World Cup.

The 2010 World Cup that took place in South Africa has allowed all the participant teams to discover this wonderful country and its culture.

Also, when a player gets signed to a team in a new country, they are going to unite with other players from around the world.

The PSG team is a great example. They recruited players such as Neymar, Messi, Donnarumma, Idrissa Gueye. They are all from different countries and different continents but play for the same team.

This is the beauty of soccer.

The third reason why soccer should not be considered boring is the fact that it teaches different skills.

Many kids and adults learn from football to improve their game. They watch big games and learn tactics, strategies, tackles, how to score a goal, how to juggle, and much more.

Then, they implement what they learned when they are playing in their neighbourhood or at school.

If you play soccer, I am sure you have already learned a skill you saw on TV or social media and you tried to execute it. I mean, we all did.

So, why would soccer be considered boring if it allows kids from around the world to learn new skills? And this makes them happy.

What Makes Some People Think Soccer Is Boring?

Some people think soccer is boring because of two main reasons: Some games are boring to watch and some are simply not interested in soccer.

A-Some Games Are Boring To watch

Some games can indeed be boring to watch.

For instance, when the last two teams of the league are playing against each other, there will usually be fewer people watching than when the best teams are playing.

This happens because those teams are known to produce a game less beautiful than others, and also because they do not have big names of players.

Fans want and prefer to watch games where their favourite players are playing and where there are big names like C.Ronaldo, Messi, Lewandowski, etc.

B-Some Have No Interest In Soccer

Whether you play soccer or not, whether you are a girl or a boy, you have one way or another, watched a soccer game on TV-Maybe, not the entire game.

Soccer is not boring and will never be.

Of course, each person has their opinions about it. Those who don’t like it will find it boring, and those who love it won’t find it boring.

No one should be forced to love and enjoy soccer. This passion for soccer should naturally come.

But for me as for billions of people around the world, soccer is not boring.

After reading this article, do you still think soccer should be considered boring?

If you have any questions, please, consider leaving them in the comment section below.

Thanks for the support!

6 thoughts on “Is Soccer Boring? No And Here Is Why”